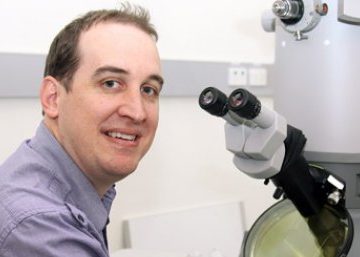 The University of Queensland

AI Landsberg is an expert in protein structure determination using cryoelectron microscopy (cryo-EM). As a postdoc, he helped establish the first research laboratory in Australia focused on characterising biomolecular systems using cryo-EM. In recent years, there has been a surge in interest in cryo-EM within Australia and globally, following the “resolution revolution” and the award of the 2017 Nobel Prize in Chemistry for achievements in single particle cryo-EM that have enabled the determination of atomic resolution structures of non- crystalline proteins. AI Landsberg has remained a key player in this field within Australia, organising and contributing to national and international training workshops (e.g. UC Davis, Basel Biozentrum, University of Otago, University of Queensland (UQ), Monash University) and fulfilling advisory roles for major cryo-EM investments (e.g. Molecular Horizons at University of Wollongong and the planned upgrade of the NCRIS and ARC funded National Cryo-EM Facility at UQ).